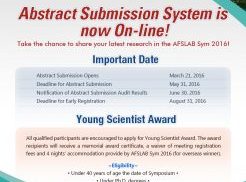 Greetings from the AFSLAB Sym 2016, Taiwan!

Taking this wonderful opportunity of a world union, we sincerely welcome you to attend the symposium to share your latest research and stimulate the most up-to-date knowledge with all experts from the world in the AFSLAB Sym 2016!  And in view of your great reputation in the field of Lactic Acid Bacteria, we would like to ask your great favor to expand the popularity and encourage your colleagues to join us for the AFSLAB Sym 2016 in Taiwan. read more 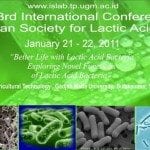 Lactic Acid Bacteria and Their Role in Food and Health: Current Research in Indonesia

Lactic acid bacteria are generally defined as a cluster of lactic acid-producing, low %G+C, non-spore-forming, Gram positive rods and cocci that share many biochemical, physiological, and genetic properties.  According to current taxonomy, this group of bacteria consist of twelve genera, however only few genera are involved in food, such as Lactococcus, Streptococcus, Leuconostoc, Lactobacillus, and Pediococcus. Lactic acid bacteria have been involved in foods from three different ways, these are: as a starter culture for producing fermented foods, as a component for probiotic-foods, and as bio-preservatives.  Of course, mixture between these three ways is also possible, such as using probiotic strains as well as bacteriocin producers which potential for bio-preservatives for starter cultures.  These have been a major of research area for exploitation of lactic acid bacteria in Indonesia, particularly at Gadjah Mada University. read more 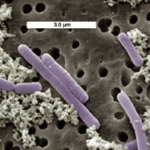 The lactic acid bacteria (LAB) comprise a clade of Gram-positive, low-GC, acid-tolerant, generally non-sporulating, non-respiring rod or cocci that are associated by their common metabolic and physiological characteristics. These bacteria, usually found in decomposing plants and lactic products, produce lactic acid as the major metabolic end-product of carbohydrate fermentation. This trait has, throughout history, linked LAB with food fermentations, as acidification inhibits the growth of spoilage agents. read more